Yes. You read that right: avid gamers learned all they need to know about good sex from constantly playing video games.

It’s a shame nerds are often stereotyped as being virgins who have a better shot at banging the letters off an overused keyboard than ever banging another human person. Sure, you may have lived through a phase where the closest you got to touching a boob was getting a good camera angle on Lara Croft’s triangular tits, but now you’re a full-grown man full of worldly knowledge you had no idea came from gaming. If you spent high school alone in your room with an XBOX, like I did, you probably already have the knack for having better sex than your friends who never played a video games in high school because they were “too busy” “finger-blasting” that girl in Spanish class you were in love with. Here’s what you know that they don’t:

1. Each game is different, so don’t always use the same strategy

It’s true that some games can reward button-mashing, repeating the same moves over and over like E Honda in Street Fighter, but other games require finesse and patience. You’d never play Dark Souls the way you’d play Super Smash Brothers. Similarly, you can’t have sex with someone and assume they enjoy all the same things your previous partner did. You have to take the same “hands on” (LOL) approach to sex as you would with a new game. Try all the tips above with a new partner and gauge the reaction. Or talk to your partner. Talking openly truly is the strategy guide for the real world.

2. SOMETIMES going as fast as you can makes it more enjoyable and easier.

The above lesson is likely important to many men. You can’t rush through things. Occasionally, however, it can be a big turn on to women to not just have a quickie, but to actually see how fast one of you can climax. It seems counterintuitive since most women want more foreplay, but sometimes, just like a difficult Mario world, the best strategy is to swing for the fences and go as fast as humanly possible. It’s not something you always do. Like Mario 3, you don’t want to use the Warp Whistles every time and skip right to the end, but sometimes it’s fun to see how fast you can beat it (so to speak).

Sometimes you need to get fired up! Don’t throw your controller at the screen or make anyone uncomfortable, but sometimes calling your shot and telling the game exactly how you’re about to own it, can make it more enjoyable for you. When it comes to sex, mapping out your exact strategy for pleasing her in graphic detail, and expressing just how badly you’d like to do everything you’ve said can be a big turn on. Think of all the times you’ve sworn at a screen and vowed to accept the challenge of finishing a game. Wouldn’t that energy be better directed at pleasing another person?

4. Let someone else take charge

Sometimes the best strategy in a game is to let someone with a different set of skills take over. Instead of blindly plowing through your partner like you’re in a Twisted Metal game, why not let her point you in the right direction and show you what parts of the Diablo 3 map she wants to explore (if you know what I mean)? Letting her take charge not only helps you better understand her body, but also can make you feel good without much effort.

5. Explore your surroundings before plunging into the next level.

Most RPGs reward players for exploring their surroundings before rushing off to the next part of the storyline. Sure, you’re eager to get to the big finale, but we all know the joys of getting to know the whole map. Women like men to explore their erogenous zones that aren’t directly connected to their genitals. Take time to kiss her neck and back and even her arms without going near her clitoris for a change. It’s called foreplay and it’s fun.

Whether it’s a special controller with a “turbo” button or an Oculus Rift headset for more immersive gameplay, spending a little cash on supplementary supplies can make gaming more fun. Introducing toys in the bedroom for yourself or for her can make sex more enjoyable. Vibrating cock rings are basically the turbo button of the sex world. Give it a whirl.

7. Experiment, play around, it isn’t always just about “winning.”

Remember playing “slappers only” in Goldeneye with your friends? Or only using mines? Remember how fun and stupid and frustrating it was? People are always in search for novelty and sometimes don’t see it when it’s right in front of them, That’s why you have to experiment with “rules” in the bedroom too. Why not try a night with “no hands” or blindfold yourself or your partner (not both. You could hurt yourselves.). Making weird rules that sound like they’d make sex more difficult is like switching any game to it’s hardest or easiest mode. You have to try it at least once!

There you go, fellow nerds. Now get out there and have an orgasm with another person for once! And if all else fails, remember: Up, up, down, down, left, right, left right will probably make her happy. 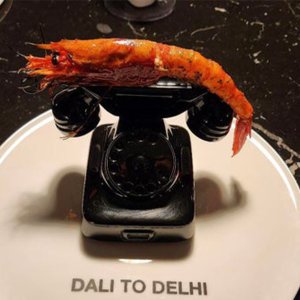 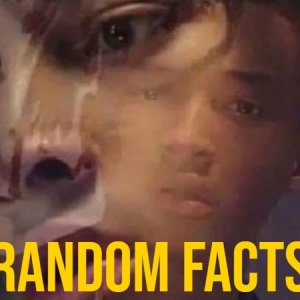