People are weird. Really, really weird. Scientifically, four in ten people are what we in the medical field refer to as, “Gary Busey crazy.” Fortunately, for the rest of us, these peoples’ exploits get forever recorded into our modern day Library of Alexandria: the Internet.

Our world is a captivating, ever-evolving David Attenborough documentary, and these photos demonstrate the most fascinating, truly extraordinary creatures one can find. Study them. Learn their ways, their habits, and it’s clear to see that they’re not so different from you or me.

Lest you be so quick to judge, always remember: there’s a perfectly reasonable explanation for everything. Sometimes, you just have to search really, really hard for it. 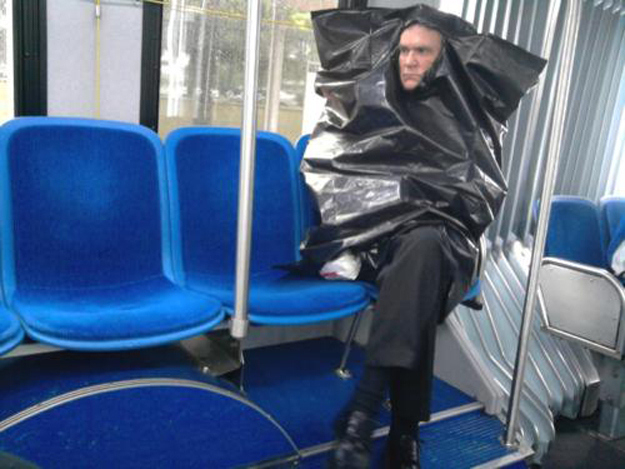 This man finally found a trash bag that fit him perfectly and as such, isn’t willing to share.

We’ve all gotten that much-coveted plastic garbage bag that fit us like no other garbage bag has before. So, you know how badly you want to hang on to that sucker and keep it away from bag thieves. 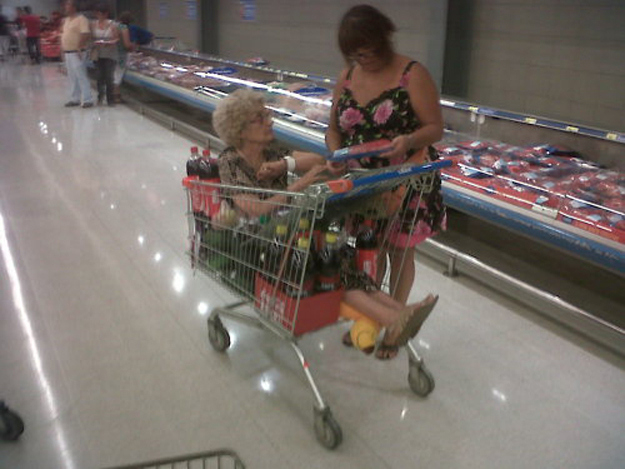 Just one of those classic Benjamin Button moments.

You see a shriveled, near-death grandmother, I see a precocious toddler enjoying her time in the grocery cart. Don’t be so quick to jump to conclusions. 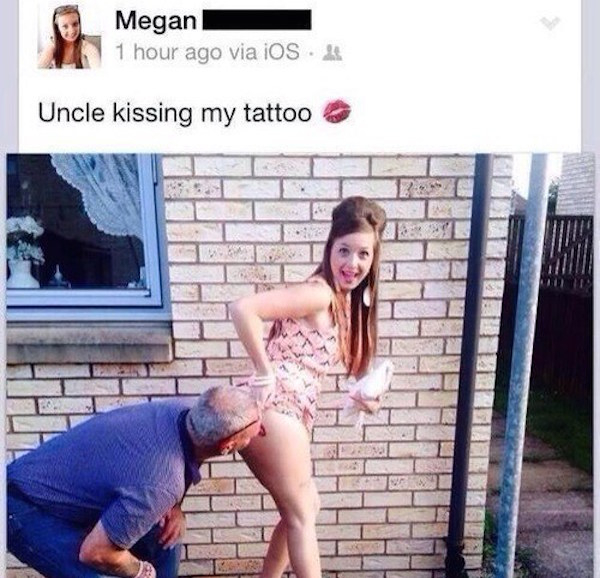 Alright weirdos, calm down. His legal name is  “Uncle.” They’ve been dating for 4 months now and, though he’s 31 years older than her, their love is real. This checks out. 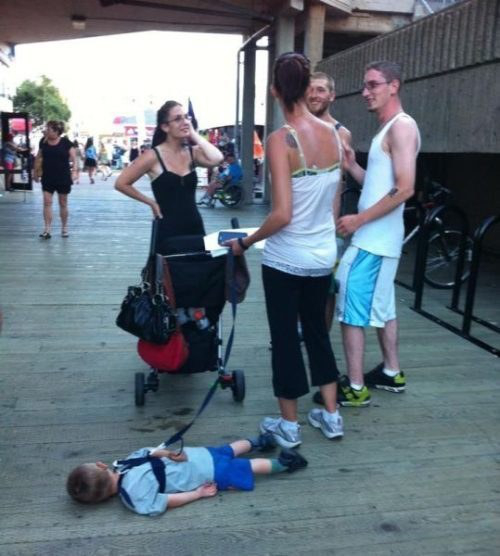 This is just one of those novelty bags made to look like a human child.

These bags are perfect for storing dried fruits and seashells and are very durable. You can drag them anywhere. They make for great Easter presents. 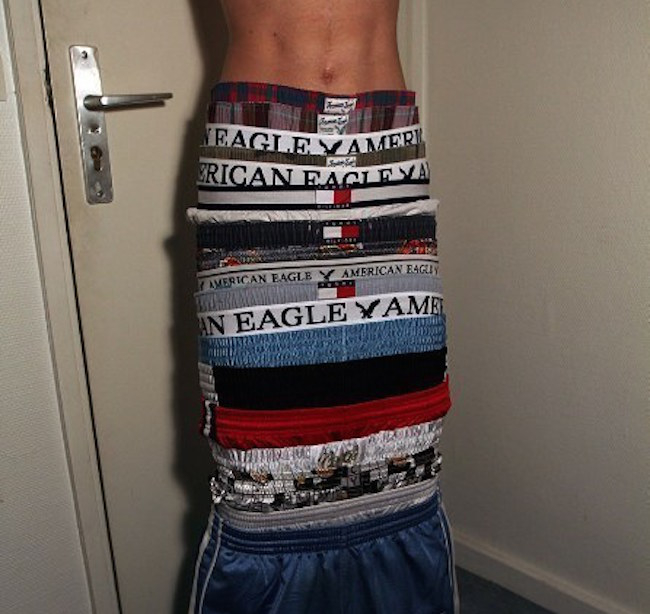 This dude has an abnormally long penis and therefore needs this many pairs of underwear to cover it up.

His life is a living hell. He doesn’t want to have to do this, but it’s a necessity. You think it’s a blessing and a curse? Nope. Just a curse. It’s humiliating. 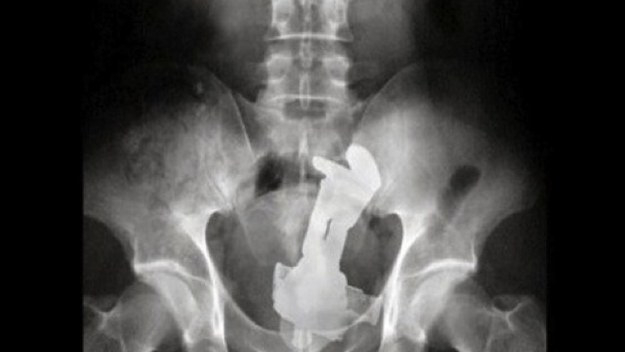 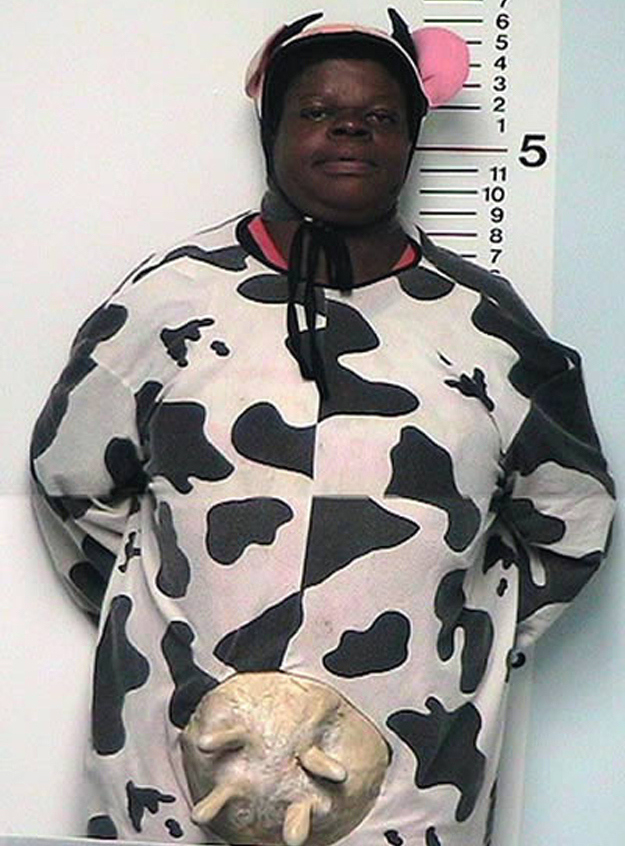 This man was deep undercover infiltrating a group of cows, but his cover was blown and now he’s in Cow Jail.

You think this is a fucking joke? The fate that awaits him is far worse than death. Let’s move on. 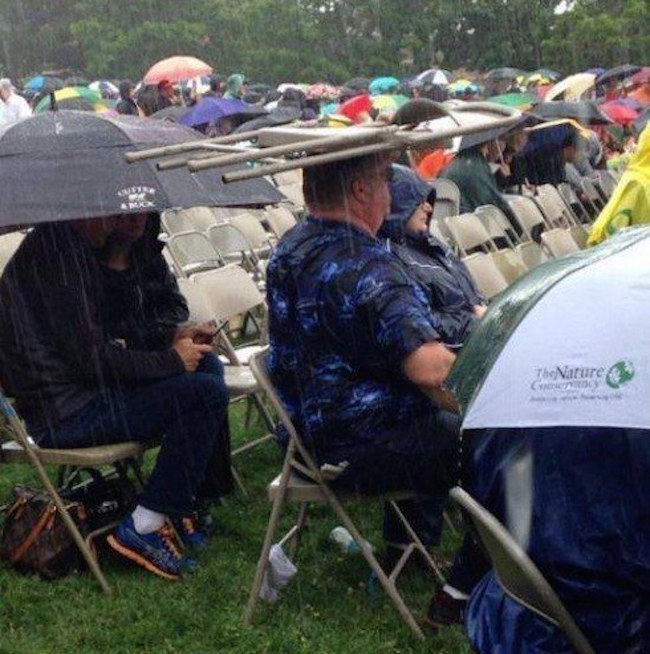 She made sure to wear her rain jacket but didn’t bring the umbrella into the car before they left, even though Greg specifically asked her to twice. He even reminded her it was in the garage next to the bike tire. Seriously, how hard is that? Greg and Donna are divorced now. 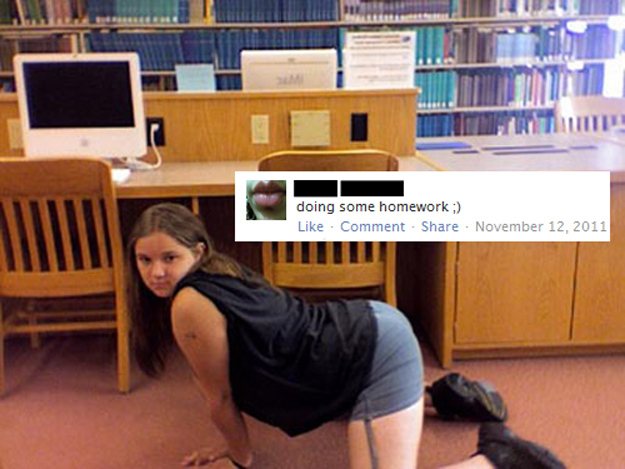 While Erica was supposed to be writing about the centuries long, continent-spanning dynasty of the Ottoman Empire, she got confused after clicking on a link to Overstock.com and browsing ottomans for seven hours. Inspired, she decided to act like an ottoman. Her back is almost a flat surface you could rest your feet on. A+ 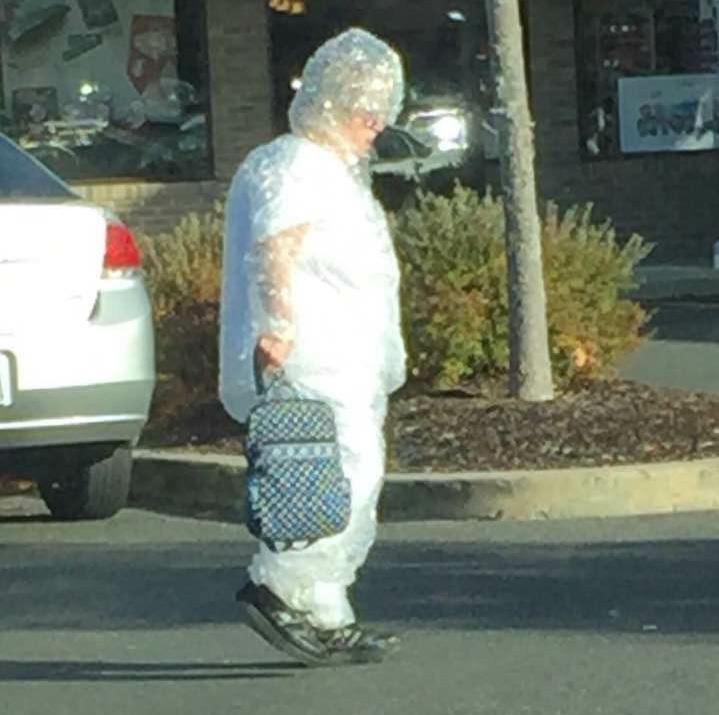 The supple yet gentle shield of bubble wrap defends from both physical and emotional harm. This woman is ready to get hit by trucks both literal and metaphorical. 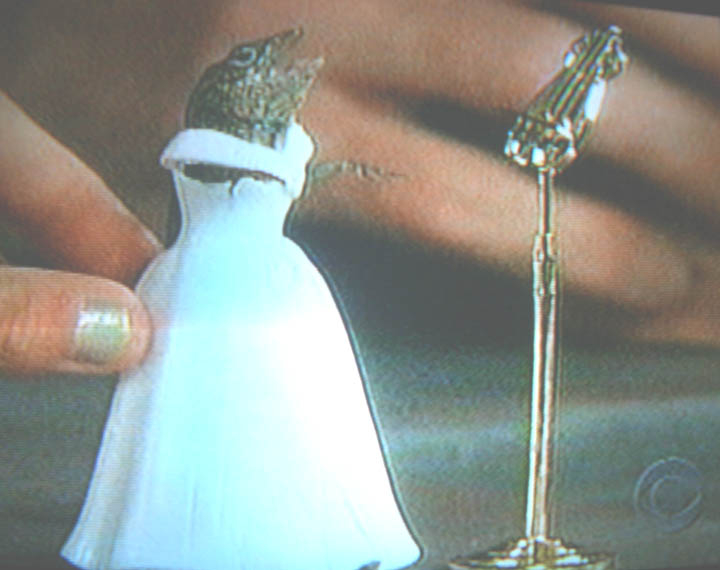 This was Princess Diana’s pet lizard. 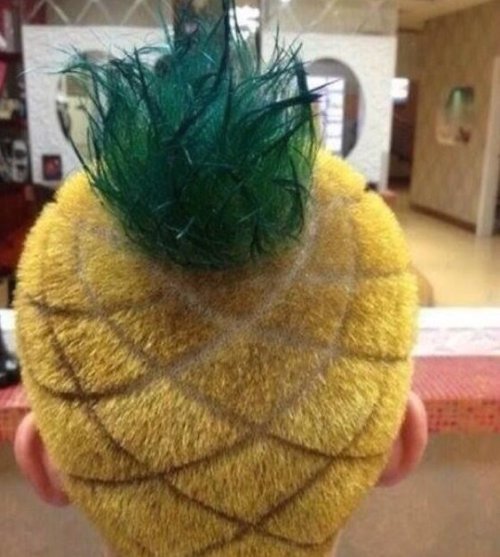 This guy walked in and said,”gimme the crop that Costa Rica exports more than any other country,” and the barber was like, “I got you, fam.” 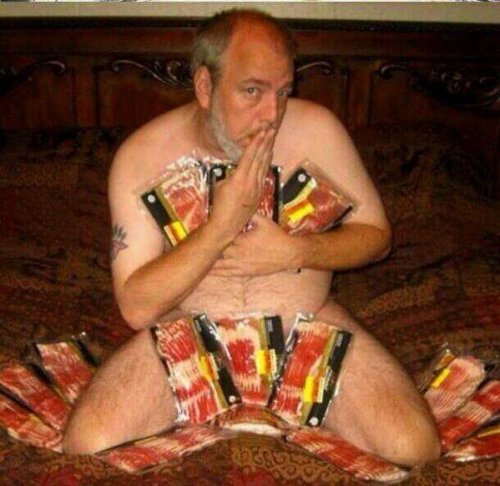 Right, so a burglar broke into this man’s house and stole all his clothes and left only bacon behind (that’s why they call him the bacon burglar) and then a realtor walked into the room to snap photos of the house’s layout so he quickly tried to cover himself with the bacon in shock.

It’s happened to all of us at some point. 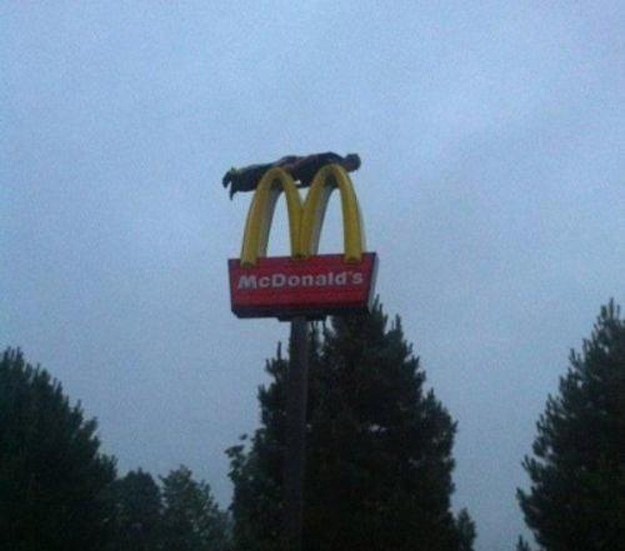 This guy went skydiving, but his parachute didn’t work and he fell onto this McDonald’s sign and started vibrating like a piece of sheet metal. Little blue birds then proceeded to circle around his head as he swayed back and forth. 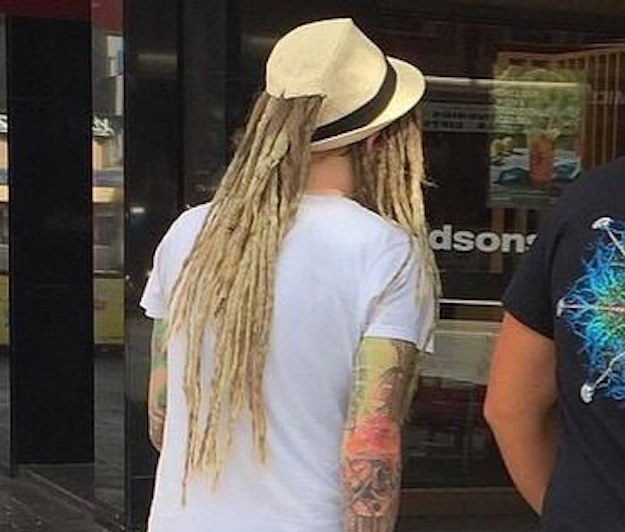 This man’s hat was hot glued to his head at a very young age and he was forced to cut a slit in it to allow his dreads to grow out of it once his life started spiraling out of control. 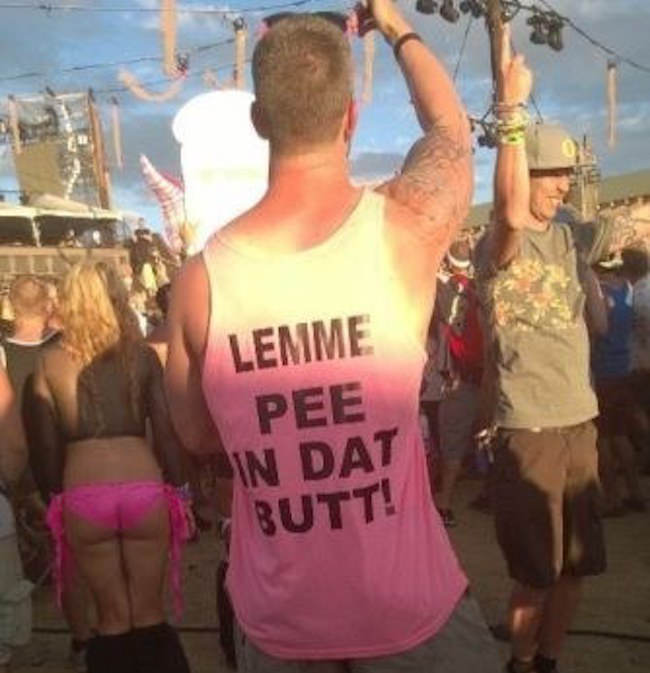 At a young age, Lawrence saw a very peculiar adult film and now believes sexual intercourse is actually when you urinate in a girl’s butt. No one has had the heart to correct him and life is just better this way. 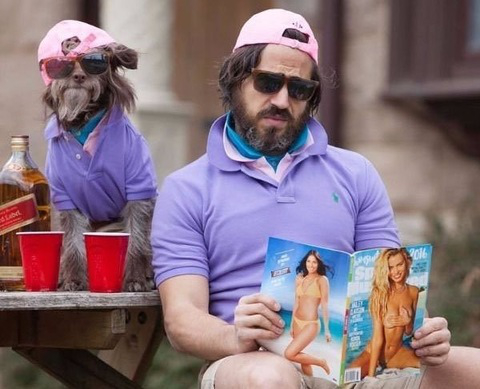 This dog used to be a good boy, but then he started hanging around with that no-good Sean, and well, he started down the slippery slope of becoming a bad boy.

His family is very concerned. 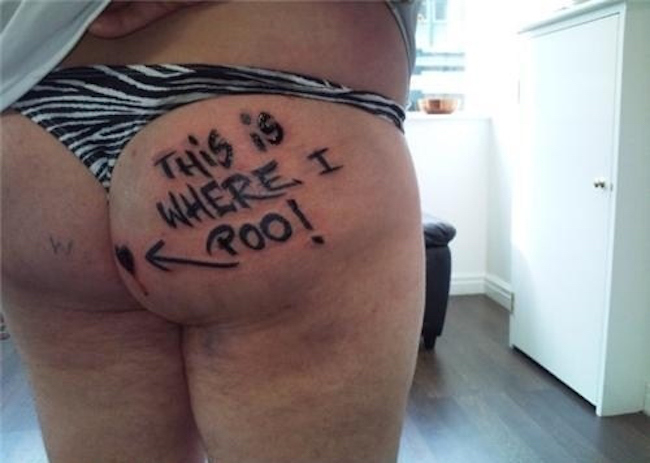 April 16th, 2013. That’s the day this person forgot a very important fact. This tattoo is here to ensure that the same incident never happens again. 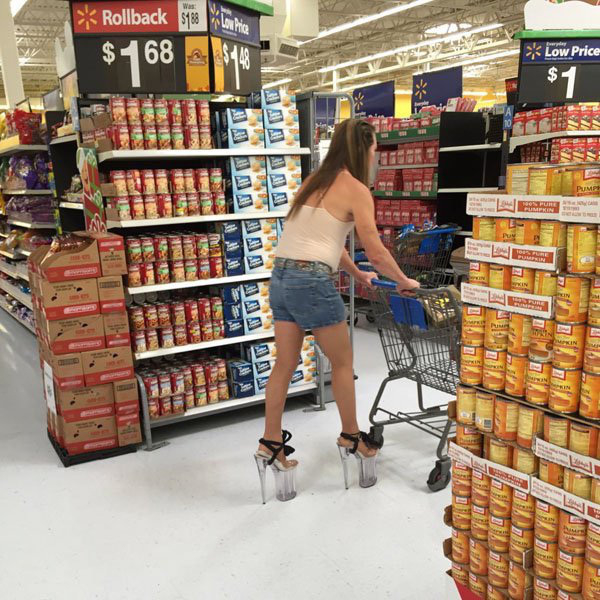 The Wal-Mart in Fayetteville, Arkansas has a very, VERY strict height requirement. You want in? Your ass better be at least 5’7″. 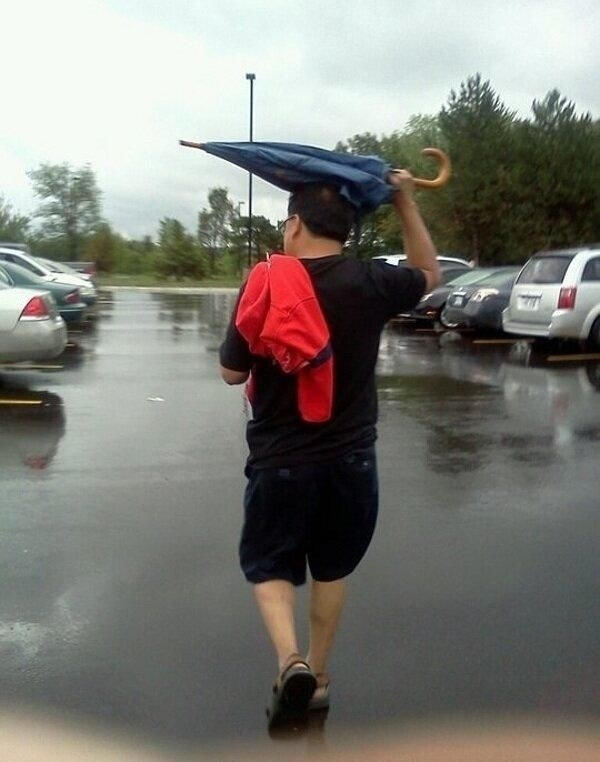 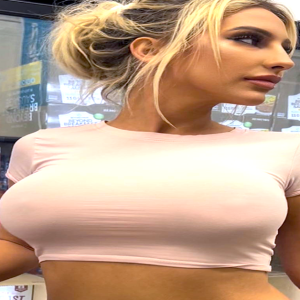 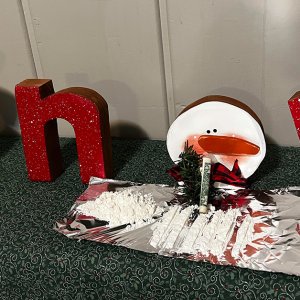 A Dirty Dump is a perfect way to start the day! (40 Photos) 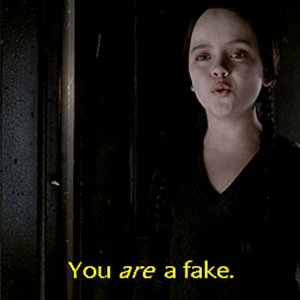 Everyone is just pretending to like these things, no? (20 GIFs)