It’s no secret that video games today are much, much easier than their ancestors. While modern games give you maps, hints and plenty of opportunities to save your game — old-school games were unrelentingly brutal. Games like Castlevania, Mike Tyson’s Punch-Out!! and even the first Super Mario Bros. make current games look like a walk in the park.

Why were games so tough back then?

For one — and this may come as a shock to anyone in their 20s — a lot of games in the 1980s didn’t have save functionality. So if you spent hours and hours on Mega Man, but then collapsed in exhaustion — too bad, you had to start all over again.

Also, games back then were tiny, in terms of file size. Even a crappy photo from your iPhone is larger than Super Mario Bros 3. So to compensate, developers ramped up the difficulty. That meant screens full of enemies, environments that could kill you and fragile heroes who died in one (or maybe two) hits. Sure, your character in Contra might look like a roided-up monster, but he curled into the fetal position whenever an alien looked at him funny.

And old-school games didn’t provide helpful things like “maps” or “directions.” Games like Final Fantasy might give you a cryptic comment from a villager, the rest was up to you. Want a map? Better get out some graph paper. 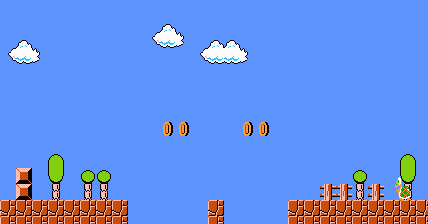 Super Mario Bros. was a classic platformer that ushered in the Nintendo era after the video game industry almost went bankrupt in the early 1980s. And, sure, this jump isn’t THAT hard. But it’s still a pain in the ass, all these years later. Super Mario Bros. required you to hold down the B button to run, while pressing A to jump. Try pulling that off and landing on a rectangle the EXACT size of your character. 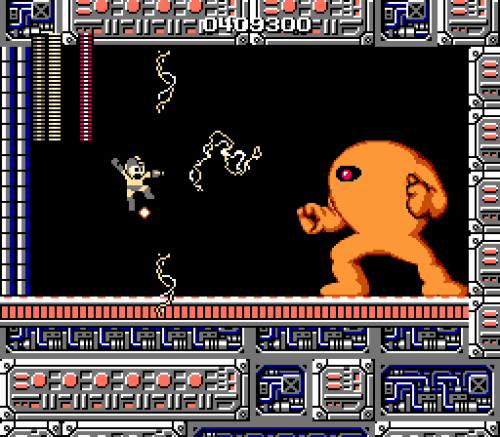 The first Mega Man is already on the Mount Rushmore of Hard Video Games, but the game’s second-to-last boss was the absolute worst. Known as the “Yellow Devil,” this guy looks boring enough. The problem is that he’d break into pieces, which flew across the screen as he reassembled himself. And those pieces did tons of damage, while all you could do is dodge. (Sure, we know about the pause trick for this guy, but beating him honestly took forever and was a giant pain).

3. Surviving The Speeder Level In “Battletoads” 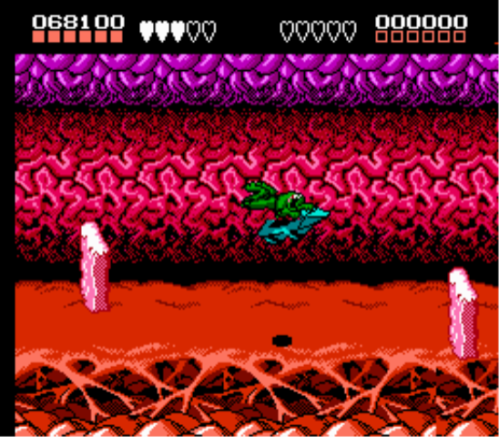 There are hard games and then there’s Battletoads. This game was intended to start a franchise to compete with Teenage Mutant Ninja Turtles. That didn’t happen, but the developers did succeed in making possibly the hardest game of all time. Your character had limited lives, limited continues and could be killed by damn near anything in the game. While the enemies were tough, the levels themselves were even more fiendish.

Which brings us to the speeder stage. Most people never even got past this, because every wall would instantly kill you. Which meant you had to have split-second reflexes and ice water in your veins to dodge this level’s 108 obstacles. And if you beat this stage, there was still another nine levels of brutality to go!

4. Beating The Grim Reaper In “Castlevania” 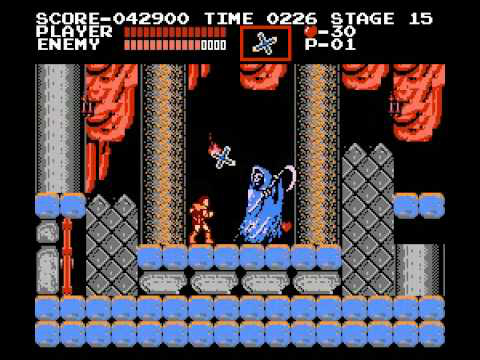 Castlevania is another legendarily hard game. You play as a vampire hunter armed with a whip. Meanwhile the game throws everything but the kitchen sink at you. This game is the perfect combination of squishy hero and lots of overpowered enemies. And nothing encapsulates that better than one of the final bosses, the Grim Reaper. This guy flew around the screen while millions of little sickles tried to carve you up. It took a combination of pattern recognition, dodging and a lot of luck to bring him down. This is one achievement that I still haven’t earned. 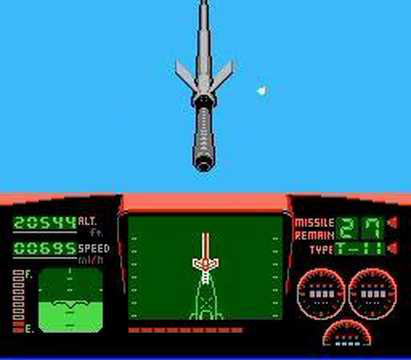 Top Gun was a classic 1980s summer blockbuster movie about fighter pilots battling the Commies. And its subsequent video game was an exercise in sadism. Lots of enemies? Check. Weird controls? Check mate.

This game’s difficulty become apparent in the second level, when you have to refuel your plane. For some reason, this is the hardest part of the game, because if you don’t connect with the nozzle just right, the refueling plane leaves you to die. 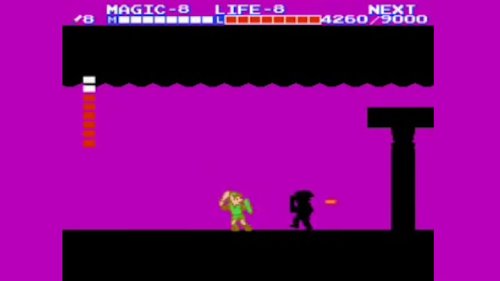 Zelda II: The Adventure of Link was the sequel to an all-time classic. And while it was a tough game, the final battle with Dark Link was especially Satanic. Dark Link is your mirror image — he’s very quick at attacking and defending, so you needed to be on point just to make contact with him. What’s more, no matter how much you leveled up your sword, it still took eight hits to beat him. Which sucked. Just like this boss. 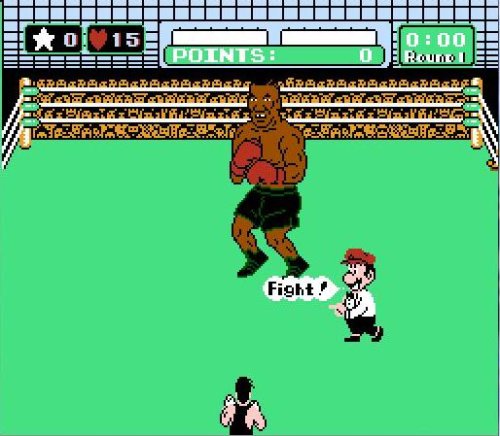 Mike Tyson was the most dominant boxer of the ’80s, with a devastating combination of power and speed. And in this video game, he was just as nasty. He starts off the match with a flurry of uppercuts, any of which immediately knock you down. And even if you got past those, he still hit like a truck. Meanwhile, your character boxed with his shirt on. So yeah, you didn’t stand a chance. 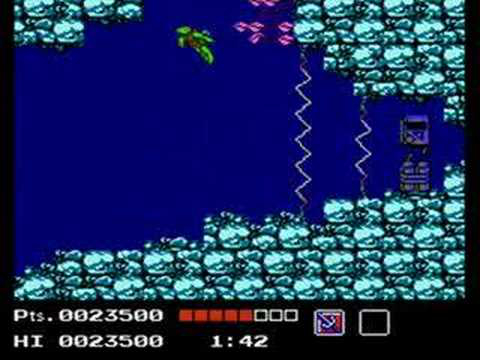 Teenage Mutant Ninja Turtles on the original Nintendo wasn’t super difficult, at least by the standards of the time, but its water level is infamous for being spawned in the bowels of hell.

The goal was to swim around and have your turtle defuse some bombs. The problem was that the game’s controls sucked and literally anything could kill you. That led to a lot of ramming your head into the wall and reevaluating your life choices. Nothing enraged me more than this level. 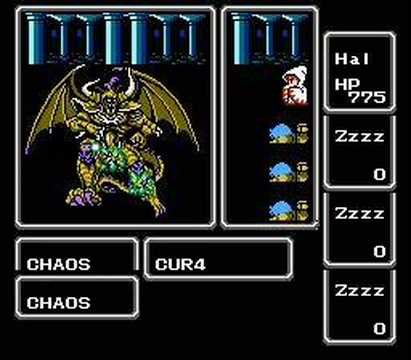 The first Final Fantasy was a seminal Japanese role-playing game, featuring a band of adventurers out to save the world. It was also brutal, with limited saving opportunities, almost no map help and quests that could take forever to figure out. But its final boss, Chaos, took the game’s difficulty to the next level.

For starters, his fire attack was more powerful than any other monster ability in the game. He had another move, Earthquake, which was an instant kill. And he could fully heal himself whenever he wanted. Oh, and he was highly resistant to all magic. To beat Chaos, you had to stock up on potions at a nearby town (which you could only buy one at a time) and hope your sword-wielding fighters could hang on long enough to prevail. 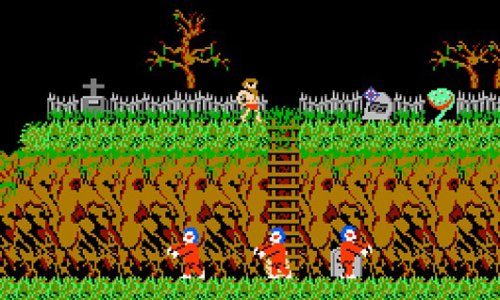 Ghosts N’ Goblins is many people’s top pick for hardest game ever. It features the usual parade of monsters trying to disembowel you, and it’s made even tougher by the fact that your character is daintier than a wet Kleenex. Even though you’re wearing armor, it only takes two hits to kill you. Throughout the entire game. I picked “making it past level 3” as the achievement, but that was completely arbitrary, since only the worst kind of masochists ever beat this game.

11. Surviving The Three Bosses Of Hell In “Ninja Gaiden” 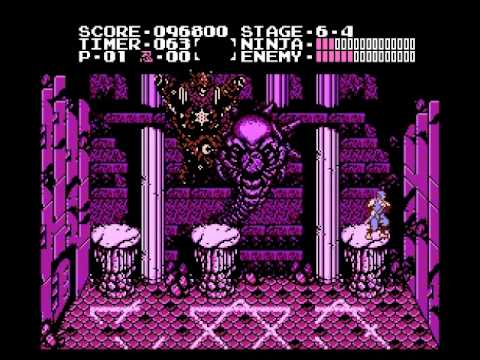 Ninja Gaiden was legendary for being one of the first games to show cinematic cutscenes, which broke ground in advancing the game’s awesome story. The game is also legendary for being less enjoyable than a kick in the balls. It had countless enemies who loved sending your to your death. But the end of the game featured three final bosses — and losing to any of them would send you all the way back to the beginning of the stage. For old-school games, as in life, there were no second chances.

12. Playing “Contra” Without Throwing Your Controller 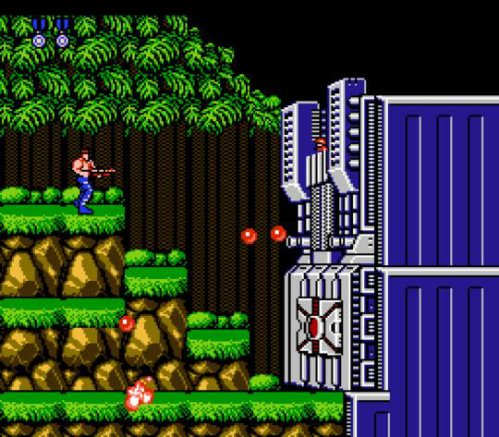 Contra was a shoot-em-up game that featured a co-op mode, which was rare at the time. You played as a knock-off Rambo character who killed big aliens with even bigger guns.

But, and this never made sense to me, your character died in one hit. All those muscles were just for show, apparently. And the game only started you with three lives (unless you cheated and used the Konami code, which I did). You could earn more, but they were in short supply. Contra was like the average peasant’s life in the Middle Ages: nasty, brutish and short.

Those are our picks for toughest gaming achievements — what are yours? Let us know in the comments. 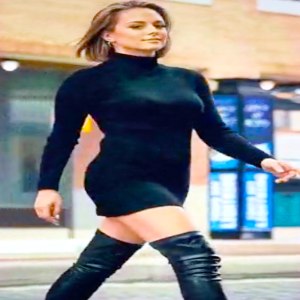 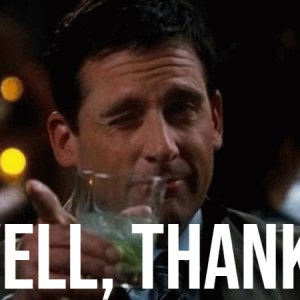 The Best Responses to “You Have a Small D*ck” 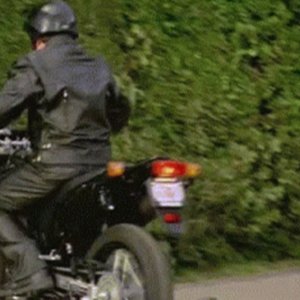