Strange and awkward sex stories are the backbone of AskReddit, and the latest edition didn’t disappoint (unlike a lot of the people in the stories). These tales of sexual mishap are guaranteed to make you laugh, feel better about your own bedroom prowess, and maybe even turn you on if you’re a complete weirdo — hey, no judgment here.

1. Vlaid found a girl who couldn’t wait to take a ride on his rocket.

Was about two millimeters away from entering this one girl, and she belts out “OH! Take me to the moon!”

Internally, I was laughing my ass off while my dick seemed like it hit a patch of “Insta-Soft”. As she was a virgin, I felt terrible blaming her for my sudden lack of boner. I simply told her it was performance anxiety and fell on my own sword flaccid noodle.

He said, in Nigel Thronberry’s voice “oh, aluushka, I’m arriving.” It was so awkward but I couldn’t stop laughing.

3. thelaw316 got himself a dirty talker.

My girlfriend is a talker. However, at one point, mid gasping orgasm, “I always assumed I’d have a wide variety of sexual partners but if this is what you do then I don’t see it as a high priority!” It was like having sex with an auctioneer.

4. One woman wanted pantyscrambler to claim his territory.

She slapped my ass and said “who’s pussy is this?” It was our first time and I wasn’t sure if it was hers or mine, so I ignored her. She did it again but this time she pinched my nipples and screamed “Answer me!!!” Having a 50/50 chance I said it was my pussy. Afterwards she says that’s right, it’s your pussy. Don’t forget it. 7 years later, it’s STILL my pussy, lol.

5. A true team player went to bed with lolwutwhere

Had a girlfriend once who pulled away from my dick after giving me head, looked directly into my eyes, swallowed, and said “go team.”

6. KINSORYA found himself in a reverse R. Kelly situation.

Was once having sex with my SO doggy style and in front of us was a mirror, I waved at her through the mirror and she laughed so hard that she pissed all over my dick and the bed

7. Hopefully maebytonight1 showed her man’s meatballs some love, too.

Old fwb liked to dirty talk (so do I ), but in one of our sessions, he kept referring to his penis as his “pepperoni”.

8. A frenchman was extremely vocal with YoungRaddish about his baguette placement.

Was having sex with a french guy. On his heaviest, thickest french accent, he said “I will now put my penis in your vagina.” I laughed and it both got us off the mood.

9. Don’t go to Cosmo for sex tips. Take it from EnsonAmata.

10. Rough_And_Ready lives up to their username.

The first time I ended up in bed with an old fuck buddy, he asked me to don a pair of boxing gloves and punch him across the face and chest. This in itself wasn’t really unexpected as we’d already talked about how that kind of thing turned him on. The unexpected part was how much I got off on it. I discovered a new kink that night.

11. JustJoeB got left on hold.

Her mom called mid-sex. She was expecting the call because of some family issue so when the phone rang while she was riding me, she looked at the caller ID, got off me and just said “I have to take this, wait” (she explained after the fact who it was and why she was expecting it, on the moment it was really unexpected for me).

The call lasted around 30 minutes and we were both sitting naked on the bed, her talking about something serious to her mom and me just awkwardly there with my now flaccid penis hidden in a cold and wet condom.

After she was done, it was clear for both of us that the mood was gone but she told me “you should have finished without me”. Yeah, I would have felt really weird jerking off right next to her while she was on the phone with her mom…

12. 71704031808 probably has an unidentifiable username because he’s still in hiding from this psycho.

My first time with her (I had known her for all of two days), she tried to finger my butt hole, bit my dick rather hard, and said to me (as we were having sex) “Pretend like you love me” and “I just want to pretend like someone cares about me.”

Absolutely none of those things were turn ons.

13. boiler_drum had a super WTF encounter.

One night stand. She just stops in the middle of the act, goes to the adjecent room naked and starts yelling “Mrs X, helloo… Are you alive? Are you breathing?”. Returns promptly and continues as if nothing happened.

Turns out, she was hired to take care of an elderly woman so she could live with her rent-free.

The old lady was found dead a day or two after that.

14. viberight and his lady make it nasty.

She came really hard as I did too, her vagina clenched really hard (that felt like heaven) which then pushed my penis out and she sharted

15. gracepark once induced a wet dream.

I had asked my partner if I could wake him up with a bj the next morning. He laughed and said “sure sounds sexy”. Despite some rather vigorous action, he didn’t wake up. Start to finish, mostly flaccid, but finished none the less. He was snoring the whole time.

I always wonder what he dreamt…

16. Shasta_McBadnasty tore her a new one.

She didn’t didn’t tell me she was recovering from surgery for endometriosis. We turned on the lights after we had finished and there was blood every where. Ends up I had blown a hole through her resulting in a trip to the ER. I can think of several better ways to meet her entire family for the first time. They just kept staring at me. They knew what I had done.

I yelled “PIVAHT!” when I turnt her over for doggy style

She then proceeded to laugh so hard she fell off the bed. No more sex.

18. Freschyfresch’s woman knows what she wants and she’s not afraid to show it.

I threw a party at my place first semester of college. Girl and I got drunk and fucked all night. She had to get up the next morning to do sorority stuff. 6am sits on my face and yells eat my pussy! We’ve been dating for a year and a half.

19. AIDYFARMAN and the missus found a way to spice things up: memes.

My wife usually waits until we’re near the end and then starts asking “Are you feeing it now, Mr. Krabs?”

20. brewski4broski knows it’s important to find out what you don’t like, too.

Ex gf. She was riding me, and when I was about to come (she knew it) she started choking me, riding me faster, and then slapped me in the face. After it was done, she asked me if I liked it. I did not.

21. Kittybongo fell for this classic prank.

He had initiated things and I took a moment to get ready in the bathroom. He wanted to start things off with a blowjob, so I get down on my knees and pull my hair back and lean in, and it hits me. This pungent smell. I’m like “wtf is that?” but I’m a trooper and I try to go for it anyway. But it reeks, it’s like the worst fish ever. Literally fish. Salmon. So I lean back and I’m like “I don’t know what’s going on, but something’s wrong.” He fucking bursts out laughing and yells “GOT YOU!!!!”

While I was in the bathroom, he had gone to the kitchen and rubbed salmon on his dick.

I still can’t even fathom why he thought that would be a good idea.

22. PurpleGreen23 tells us about the time her husband shouted into the void.

My husband spread my ass cheeks…and got face real close to my butt hole and just screamed. Like screamed as loud as he could. It was so violating for a second and then i died laughing. 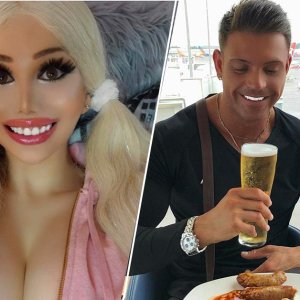 Instagram vs. Reality: Things are not what they seem (34 Photos) 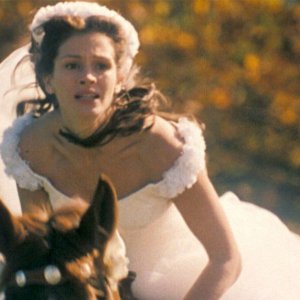 Wedding train wrecks that went of the rails quick (30 Photos) 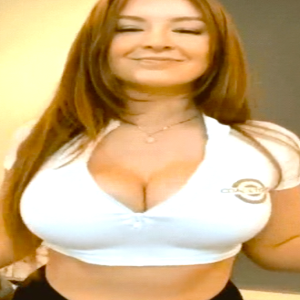