THIS CONTEST IS SUBJECT TO ALL APPLICABLE FEDERAL, STATE AND LOCAL LAWS, RULES AND REGULATIONS. BY PARTICIPATING IN THIS CONTEST, YOU FULLY AND UNCONDITIONALLY AGREE TO THESE RULES, WHICH ARE FINAL AND BINDING IN ALL MATTERS RELATING TO THE CONTEST.

NO PURCHASE OR PAYMENT IS NECESSARY TO PARTICIPATE OR WIN. MAKING A PURCHASE WILL NOT INCREASE YOUR CHANCES OF WINNING. THIS CONTEST IS VOID WHERE PROHIBITED OR RESTRICTED BY LAW, WHERE BONDING, REGISTRATION, OR OTHER REQUIREMENTS WOULD BE REQUIRED BUT HAVE NOT BEEN MET, OR WHERE THE METHODS OF ENTRY SET FORTH BELOW WOULD BE DEEMED CONSIDERATION.

This Contest is administered by Resignation Media, LLC (“Administrator”) and sponsored by First Aid Shot Therapy (collectively with Administrator, referred to as the “Contest Entities”).

IMPORTANT NOTICE ABOUT THIS CONTEST

BY PARTICIPATING IN THIS CONTEST, YOU ARE NOT ENTERING YOURSELF OR ANY OTHER PERSON TO PARTICIPATE IN THE TOURNAMENT STAGE OR THE FINAL STAGE, OR TO WIN ANY OF THE PRIZES HEREIN. INSTEAD, YOU ARE PARTICIPATING TO ACCRUE HASHTAG COUNTS FOR THE CHIVE CHAPTER IN THE STATE CORRESPONDING TO THE HASHTAG YOU USE. YOUR PARTICIPATION DOES NOT ENTER YOU PERSONALLY INTO THIS OR ANY OTHER CONTEST; NOR DOES IT ENTER YOU TO WIN, OR IMPLY, PROMISE, OR GUARANTY THAT YOU WILL PARTICIPATE IN ANY PRIZE IN ANY WAY.

CONTEST ELIGIBILITY FOR REGISTRATION AND VOTING

Only legal permanent U.S. residents, residing in the 50 United States of America and the District of Columbia, who are at least 21 years old as of the beginning of the Contest Period may participate in this Contest. Employees of the Contest Entities and/or their respective parents, subsidiaries, and affiliates, and employees of any advertising or promotion agencies or any other entity involved in the sponsorship, conducting, or development of this Contest, and their immediate family members (spouse, parent, child, sibling and their respective spouses, regardless of where they reside) or household members are not eligible to participate as entrants into this Contest.

The Administrator, in its sole discretion, will assign social media hashtags, corresponding to Chive Chapters in certain states (the “Contest Chapters”). Those Contest Chapters are eligible to participate in this Contest and win the First Stage Prize. After the First Stage, individuals will be eligible to sign up and participate in the Tournament Stage and the Final Stage.

There are a total of 3 stages to this Contest: (a) the First Stage; (b) the Tournament Stage; and (c) the Final Stage.

The beginning and end dates for the First Stage of this Contest (the “First Stage Period”) are as follows:

After the completion of the First Stage, the Tournament Stage will be conducted on March 24th – March 26th, 2017.

After the completion of the Tournament Stage, the Final Stage will be conducted on April 15th, 2017.

CONTEST STAGES AND HOW TO PARTICIPATE

A. How To Participate in the First Stage

1. Find the Hashtag associated with the Contest Chapter you want to support on Contest Hashtag page here: https://thechive.com/2017/01/01/chive-nation-cup-fast-state-hashtags/; and

2. Post the Hashtag associated with that Contest Chapter on your social media posts.

Each time you post a Hashtag, it will be counted towards the total number of Hashtag impressions for that Contest Chapter.

B. Determining the Winner of the First Stage

Each of the 14 First Stage Winners will be awarded the opportunity to conduct a beer pong tournament at a location determined by their Contest Chapter (the “First Stage Prize”). Each tournament associated with a First Stage Prize (each a “Tournament”) will consist of teams of 2 people each competing against each other in games of beer pong.

The approximate retail value of the First Stage Prize is $50.

Awarding of the First Stage Prize is conditioned upon the following.

2. A suitable location, in the Administrator’s sole discretion, must be ready, willing, and able to host the Tournament.

A. Participation in the Tournament Stage

In the Tournament stage of this Contest (the “Tournament Stage”), each First Stage winner will conduct its respective Tournament.

The approximate retail value of the Tournament Stage Prize is $1,000.

1. All Tournament Stage participants must verify that they are at least 21 years old;

2. All Tournament Stage Winners will be subject to Contest eligibility restrictions, as determined by the Administrator, in its sole discretion; and

A. Participating in the Final Stage

1. All Final Stage participants must verify that they are at least 21 years old;

2. All Final Stage winners will be subject to Contest eligibility restrictions, as determined by the Administrator, in its sole discretion; and

4. The Final Stage Prize will only be awarded to an IRS Section 501(c)(3) qualified Charity.
PRIZE CONDITIONS
THE FIRST STAGE PRIZE, TOURNAMENT STAGE PRIZE, AND FINAL STAGE PRIZE (COLLECTIVELY, THE “PRIZES”) ARE AWARDED “AS IS.” THE ADMINISTRATOR DOES NOT MAKE AND HEREBY DISCLAIMS ANY AND ALL REPRESENTATIONS AND WARRANTIES OF ANY KIND, EXPRESS OR IMPLIED, REGARDING THE PRIZE, INCLUDING WITHOUT LIMITATION, ALL WARRANTIES OF MERCHANTABILITY AND/OR FITNESS FOR A PARTICULAR PURPOSE.
The Prizes are non-transferable and have no cash redemption or substitution value, except that Administrator, in its sole discretion, reserves the right to change or replace any Prize at any time with one of greater or comparable value if the Prize becomes unavailable for any reason.

TAXES AND FORMS
If applicable, participants and winners are solely responsible for all federal, state, and local taxes associated with the value of the Prizes, and for any shipping and handling charges related to delivery of the Prize. The Administrator may require the Tournament Stage and Final Stage Winners to execute and return (and winning may be conditioned upon executing and returning) to the Administrator, within five (5) business days, an Affidavit of Eligibility, Form 1099, or other reasonable applicable tax and verification forms drafted by the Administrator. For tax reporting purposes, Administrator may adjust the approximate retail value of any Prize to reflect the actual retail value, if the actual retail value is different than the approximate retail value.
CANCELLATION AND DISQUALIFICATION

Administrator reserves the right to cancel, suspend and/or modify the Contest, or any part thereof, if any fraud, delay, cheating, technical failures or any other factor beyond Administrator’s reasonable control impairs the integrity or proper functioning of the Contest or the Prizes, as determined by Administrator in its sole discretion. In such event, Administrator reserve the right, in its sole discretion, to award the Prizes based on eligible participants up to the time of the impairment. Hashtags generated by a script, macro, or use of automated devices will be disqualified. Administrator reserves the right to modify, suspend or terminate the Contest in the event it becomes infected by a computer virus or is otherwise technically impaired, and to cancel or suspend the Contest in its entirety should tampering, unauthorized intervention, fraud, technical failures or other causes corrupt the administration, security, fairness, integrity, or proper functioning of the Contest and, if terminated, at Administrator’ sole discretion, determine a different First Stage Winner, using all non-suspect, eligible Hashtags received up to time of cancellation using the judging procedure outlined above. In the event of a dispute regarding Hashtags received from multiple people, the authorized subscriber of the respective social media account at the time of posting will be deemed a participant and must comply with these Rules. Failure to comply with these Rules may result in disqualification from the Contest. Administrator reserve the right to permanently disqualify any person it believes or has reason to believe violated these Rules.

ANY ATTEMPT BY ANY PERSON TO DELIBERATELY UNDERMINE THE LEGITIMATE OPERATION OF THIS CONTEST IS A VIOLATION OF CRIMINAL AND CIVIL LAWS, AND SHOULD SUCH AN ATTEMPT BE MADE, ADMINISTRATOR RESERVES THE RIGHT TO SEEK DAMAGES FROM ANY SUCH PERSON TO THE FULLEST EXTENT PERMITTED BY LAW.

All participants in this Contest agree to release, indemnify, and hold harmless Contest Entities and their respective officers, directors, agents, representatives, and employees (collectively, “Released Parties”) from and against any claims, liabilities, judgments, damages, loss, actions or cause of action, and costs (including reasonable attorney fees) (collectively, “Claims”) arising out of or relating to the Contest, the Prizes, and/or participation in, or inability participate therein, including without limitation, Claims arising from or relating to: (a) lost, late, misdirected, damaged, stolen, altered, garbled, fraudulent, incorrect, incomplete or delayed Hashtags, all of which will be void; (b) receipt, use, or misuse of the Prize; (c) unauthorized third-party intervention into any part of the Contest; (d) problems related to errors or malfunctions of any equipment, computer online systems, servers, or providers, computer hardware or software failures; (e) any other technical or human errors or malfunctions of any kind; (f) the cancellation, suspension, or modification of the Contest; (g) disqualification of any participant; (i) the participation in, organization of, or conducting of the Tournament Stage or the Final Stage.
LIMITATION OF LIABILITY
THE RELEASED PARTIES WILL NOT BE LIABLE FOR ANY FOR ANY INDIRECT, SPECIAL, INCIDENTAL, CONSEQUENTIAL, EXEMPLARY OR PUNITIVE DAMAGES, INCLUDING BUT NOT LIMITED TO, DAMAGES FOR LOST DATA, LOST PROFITS, LOST REVENUE, LOST BUSINESS, ANTICIPATED PROFITS, COSTS OF PROCUREMENT OF SUBSTITUTE GOODS OR SERVICES, AND/OR ANY MONETARY AMOUNT IN EXCESS OF THE ESTIMATED RETAIL VALUE OF THE PRIZE, HOWEVER CAUSED AND UNDER ANY THEORY OF LIABILITY, INCLUDING BUT NOT LIMITED TO CONTRACT OR TORT (INCLUDING PRODUCTS LIABILITY, STRICT LIABILITY AND NEGLIGENCE), AND WHETHER OR NOT THE RELEASED PARTIES WERE OR SHOULD HAVE BEEN AWARE OR ADVISED OF THE POSSIBILITY OF SUCH DAMAGE AND NOTWITHSTANDING THE FAILURE OF THE ESSENTIAL PURPOSE OF ANY LIMITED REMEDY STATED IN THESE RULES.
PUBLICITY

By participating in this Contest, you grant to the Administrator an irrevocable, non-exclusive, worldwide, royalty-free, perpetual, sub-licensable, and transferrable license, in any and all media now known or hereafter devised, to use your, name, image, likeness, social media account information and postings, and biographical information, in connection with this Contest and the Administrator’s products, services, and advertising and promotional material, without any compensation or other consideration to you. All royalties, receipts, income, proceeds, consideration, or other benefits derived from any use or other exploitation of your names, images, likenesses, and biographical information will be the sole and exclusive property of the Administrator.

In addition, the Administrator may use any other non-personally identifiable information provided by a participant or collected by Administrator in connection with this Contest, in accordance with Administrator’s Privacy Policy at http://www.resignationmedia.com/legal/privacy.

By participating in this Contest, you consent to personal jurisdiction in the State of Texas. Any and all disputes arising from or relating to this Contest, these Rules (including their construction, validity, and enforceability), the Prizes, and/or any rights and obligations hereunder, will be governed by the laws of the State of Texas, without giving effect to conflict of law principals. You agree that the appropriate State or Federal Court located in Travis County, Texas will have exclusive jurisdiction over any and all disputes, suits, issues, or claims relating to the Contest and/or these Rules.

This Contest is not sponsored, endorsed or administered by any social media provider, or any third party, other than the Administrator and its licensees or contracting parties.
RULES; WINNERS LIST; QUESTIONS:
To receive a complete list of winners, a copy of these Rules, within thirty (30) days after the end of the Contest Period, send a self-addressed stamped envelope to: Resignation Media, LLC, attn. Contest Winner List, 98 San Jacinto Blvd., Suite 160, Austin, TX 78701. The winner list will be mailed approximately fourteen (14) days after receipt of requests therefor. For any questions about this Contest, contact the Administrator at the preceding address. 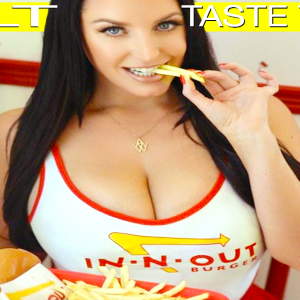 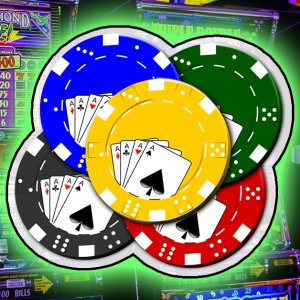 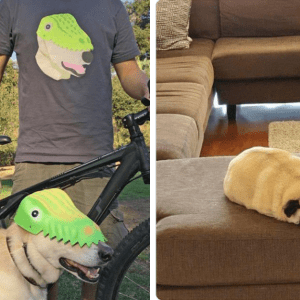