Last night’s World Series win was a long time coming for the Chicago Cubs. A really, really long time. As in, the Cubs’ last championship occurred four years before the Titanic sunk. Back then, the Cubs were a powerhouse team, winning a record 116 games in 1906 and taking back-to-back World Series titles in 1907 and 1908.

But then they went cold. Entire generations of Cubs fans lived and died without seeing their team even come close to postseason greatness. They became known as the lovable losers, the good-natured bunch that always finished its season early.  Some said the team was cursed, pointing to a billy goat and fan interference.

All that ended last night, though, in a historic World Series — a seven-game classic featuring numerous lead changes, amazing comebacks, and years of futility finally shattered (at least for one team).

It turns out, some people did predict it — and it’s kinda weird. Cubs/World Series predictions have actually popped up over and over in pop culture. Over the years, movies and TV shows have jokingly predicted that the Cubs’ losing streak would finally come to an end.

But it wasn’t just Hollywood that kinda/sorta got it right — some random people also nailed it, with one dude even naming the exact game that the Cubs would win it all.

Foresight or just coincidence? Read on and judge these predictions for yourself.

Back to the Future was a massive franchise about a time-traveling teen and his family. In the 1989 sequel, Marty McFly travels to 2015, where a hologram announced that the Cubs had won the World Series in a sweep over Miami (which didn’t have a baseball team at the time). This was even more interesting because the plot of the movie revolved around Biff, the bad guy, stealing a sports almanac from the future and sending it back to his past self, who became rich. And even MORE interesting, the Cubs actually made the playoffs in 2015.

The movie’s screenwriter said he thought the unlikely scenario would be good for a laugh. This was a big trope in the 80s — the Cubs were always terrible, so the idea of them in the World Series was an easy joke.

All that being said, close, but no cigar: the Cubs got bounced from the playoffs last year (and the Miami Marlins didn’t even make it).

Whether he was heartened by the Back To The Future II prediction or just feeling cocky after their wildcard win, Late Show host Stephen Colbert was so convinced the Cubs were going to go all the way in 2015 he openly mocked “The Curse” on his show. He even kicked a goat out of his studio, basically daring the Baseball Gods to double curse the Cubs, saying, “I think I can safely say without any fear of jinxing it they’re going all the way. The Cubs are going to win the World Series.” He was right! Just a year early. And if he did double curse the Cubs it seems like they’ve broken that one too.

You might remember this, but the show’s final season was set in 2017 and during one episode, Tom and Andy visit Lucy in Chicago. At one point, Lucy mentions that “everyone’s in a really great mood now because of the Cubs winning the Series.” Check this sequence:

Whoah. Did Parks and Rec have Nostradamus on staff? Apparently this was more than just a guess — one of the show’s writers was a huge baseball fan and made an educated guess that the Cubs would be good around this time. According to and interview with Vulture, “As soon as we decided to throw the last season of ‘Parks and Rec’ into the future, into 2017, we sort of started calculating what the world might be like … I was the only person on the staff who cared about baseball enough to track the Cubs’ minor league system.” And thus, TV history was made.

An NBC Show Predicted A Cubs Win Before The Apocalypse

Remember the NBC drama Revolution? It was about a post-apocalyptic future and it ran for two seasons. But one trailer for the show featured a glimpse of a dilapidated Wrigley Field touting a Cubs World Series win in 2012. Which is a little strange — did the Cubs winning a World Series somehow trigger an apocalypse? Is that what we have to look forward to? We can just picture a bunch of zombies in Cubs gear, moaning, “Cubs win!! Cubs win!! Braaaaaaaiiinnnnnnssssss….”

Anyway, the Cubs saw the trailer, asked that the reference be removed and it was. So maybe we dodged a bullet.

A Twitter User Was Uncannily Accurate About The Game

This is spooky. Two years ago, Twitter user @RaysFanGio  made a series of stunningly correct predictions: that the Cubs would play the Indians in the World Series, there would be a Game 7, AND it would go into extra innings.

“2016 World Series. Cubs vs Indians. And then the world will end with the score tied in game seven in extra innings #apocalypse,” he tweeted.

Ho-ly shit. Now, granted, people make predictions all the time, but the degree to which @RaysFanGio nailed it is just unbelievable. If he’d said, “And it’ll end in the 10th inning,” the dude could probably start his own religion.

Since yesterday, he’s become a minor celebrity, doing TV interviews about his prognostication skills. Someone even asked who he likes in the 2019 Super Bowl. His prediction: Bucs and the Browns. Who are we to doubt?

Michael Lee called it in his 1993 yearbook😳 #WorldSeries #CubsWin pic.twitter.com/Q1dF2o9107

Ok, we’ve talked about a lot of weird coincidences but this one takes the cake. Back in the early 90s, when the Cubs couldn’t win a hotdog eating contest against a team of vegans, a Chicago native name Michael Lee busted out his crystal ball and wrote this:

Whoah. Dumb luck? Or maybe we should be getting lottery numbers from this guy.

Anyway, congrats to both Cubs and Indian fans on a great Series…. we predict you are all very hungover today. 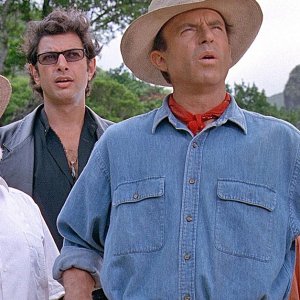 They do move in herds: Original Jurassic Park trio to return for JW3 (7 GIFs) 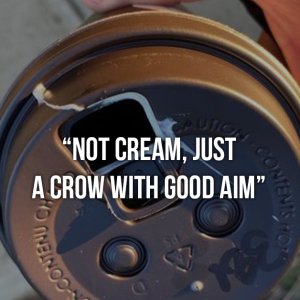 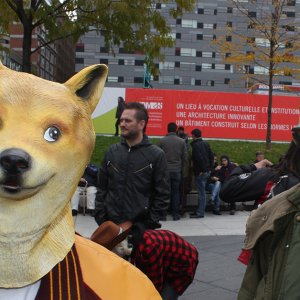