We don’t often think about the medical professionals on the other side of that question, however. The doctors and nurses who hear intimate details about our lives, whether they want to or not. The folks who hear so many answers to that question, a few of them are bound to be really, uh, non-standard. In both good ways and bad.

Redditor davis482 recently asked doctors and nurses of Reddit about the ‘best’ answers to the sexual history question they’ve ever gotten. I can’t imagine he was disappointed.

1. mhornberger‘s patient had a lot of explaining to do…

I signed in a sixteen year-old girl who told the doctor “I can’t be in labor–I’ve never had sex” as she gives her Dad a “please don’t kill me” look. Ah, family moments.

2. Coord26673 might have asked the question in a confusing way, or something.

I worked in a prison and our ‘sexual history’ question gets a little more indepth. However my favourite answer of all time followed the question “Have you ever used drugs or illicit substances?” To which the inmate responded No, he had never.

Then the sexual history question came up and he said “Well I snorted coke off a hooker, but I didn’t fuck her so does that count?”

We had to restart the questionnaire.

3. Dan-z-man should’ve advised her to engage in better bookkeeping first and foremost:

As a Med student in an std clinic in Miami I asked a lady how many sexual partners she had. “Honey, I get paid to fuck. I got no clue.” She got all the antibiotics.

4. I want to read the rest of this young guy’s form:

My favorite was this young guy maybe in his twenties, comes in and on the form he circled the “sexual history” part drew an arrow to the back. Then on the back it read “it all began back in the eighth grade with Stacy…” He continued on to fill half the page up with his sexual history.

I’m pretty sure he did it only because he had to wait so long.

Many years ago I had to accompany my Grandma (RIP 2013) to a deposition / hearing (i can’t remember what it exactly was). She was suing a grocery store because a shelf collapsed on her hand and broke her wrist. There was a big conference room table with her doctor there, attorneys, and other official people. Anyway…as they were going down the checklist of questions asking how this injury affected her life, the attorney asked “would you say that your sex life has been negatively affected?”

Granny holds up her cast and says “Hell yes!”

I was mortified. The room was humming with muffled giggles.

One of my classmates was asking a 75 year old woman with dementia about her occupation for a PT exam. Her response:

7. The education system let jiggle_the_handle down:

When I was thirteen I responded “yes” when the nurse asked me if I was sexually active. She then asked when was the last time I had sex to which I uncomfortably answered that I have never had sex.

8. If his username is any indication, SqueezeTheShamansTit is a fantastic doctor:

Not as funny as the rest, but I got a laugh out of hearing a young girl tell me she’s not currently sexually active, because the last time she had sex was the day before

My grandma to another nurse: “Haven’t had sex recently. The last man I was in bed with croaked right after!”

Had a guy report to sick call with “personal” filled out on his sick call slip. Ninety nine percent of the time, this means STD or something wrong with the reproductive bits.

I was the fortunate one to pull his chart for screening. I got him into the exam room, got him to verbalize exactly what “personal” reason he was in the aid station for. It was sores on his penis.

I start prepping the culture swab, and continue getting the history. How long he had the sores, when he last had sex, any burning or irritation while urinating. “A few days, never, and no.”

11. Did you punch him, Cheesethehamster?

I was in active labor, pushing a tiny human being from my body, when a well-meaning medical student asked me if I had any history of sexual activity.

12. Fun little visual for you from moonboots333:

Not a nurse but a former phlebotomist/health historian for the largest blood collection organization. One of donors was an older lady. Maybe early 70’s. There were 5-10 sexual history questions in a row. In the middle of them she blurts out, “honey, I’ve been dried up for years. Nobody has been diggin in this for a long time.”

14. A rattled nurse is my favorite nurse, weazelsniff3:

My coworker is a very conservative christian (only wears scrub skirts, doesn’t cut her hair, etc…). She at one point was taking care of a sixty something year old man who was in for an amputation or something. She was doing an assessment, and asked about the significance of a certain tattoo. “Are you sure you want to know?” “Sure.” Turns out the dude was a trained and certified dominatrix (or whatever the male version is… sorry a little naive myself). He went on to explain the details and requirements of this training to my coworker for a good 4-5 minutes, stating finally that the tattoo was a “trademark” of some kind. My poor coworker walked out of the room with the most disturbed look on her face… wouldn’t give us any details but it takes a fair amount to rattle a nurse, ha.

15. ArgentinianNorse‘s story is long, but hot darn is it worth it! #RelationshipGoals:

When I was in nursing school we had these questionnaire things we had to ask our patients for homework. Most of the questions were pretty simple and basic like family medical history or what current medication they were taking etc etc etc and it was designed to get us used to asking questions and to begin to develop rapport with the patient. Well since this was my first year of nursing school I was still felt little awkward asking the ‘sex questions’ and was nervous when I came around to these questions when interviewing an 85 year old man whose wife was sitting right next to him. The conversation went a little like this:

Me: So..umm sir some of these next questions may be a bit personal and if you are too uncomfortable answering them you can just tell me and we can move on.

Him: Sure! Go ahead. You need to know all this stuff for your career! Ask away!

Usually there were 5 or 6 questions that i would ask but today I could only get past this one question.

Me: OK sir. Are you and your wife still sexually active?

Him: (Looks up at me, then the ceiling, then to his wife and says) ‘sweetie? How would you describe our sex life?

Wife (without missing a beat): Oh probably that you jumped on a wild hog at the ripe age of 19 and are still hanging on for dear life. (then she leans closer to me and whispers) I try to buck him off every night but he keeps hanging on. (then she winks)

I almost died of laughter. Best response ever.

More: 17 People Shared Their Disgusting Little Secrets And The Results Were Hilariously Disturbing 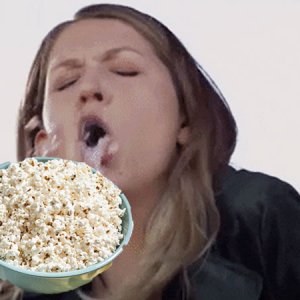 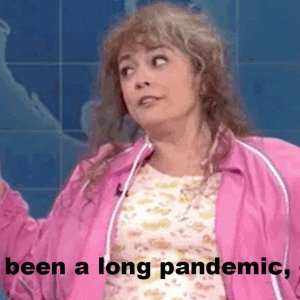 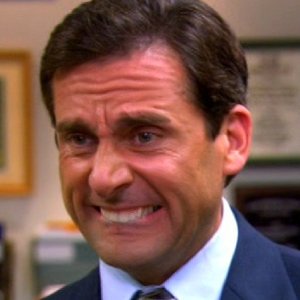