“So there we are, driving along towards Worthing one sunny afternoon, probably going a bit slow for the twat in the Land Rover behind, and next thing this angry prat is leaning through the window yelling “C**t” ‘cos we were going a bit slow.

Fists are flying, with my guy trying to defend himself from the driver’s seat. Then the angry tosser drops his sunglasses into the car, so more scrapping ’til he gets them back.

Suddenly there’s a cop on the scene, who happened to see it all go down whilst driving home from doing whatever cops do, and got stuck in, bless him. The Enraged fucker can’t believe he’s a cop and kicks off.

Look out for the dog who escaped from our car to join in the bunfight, and the people in the car with their thermos flask enjoying the entertainment. The Livid twat’s granddaughter or some such had a ringside seat from the back seat of his car, watching her gramps being an arse.

And what happened to the The F**king Idiot? He got 12 weeks jail time, suspended for 18 months, 120 hours community service, 30 day anger management course, with victim and court costs and victim compensation adding up to 500 squid, for assault, assaulting a copper, resisting being nicked and being rude and an unpleasant fucker in the first place. The moral of the story? Take a fucking chill pill. Mister” 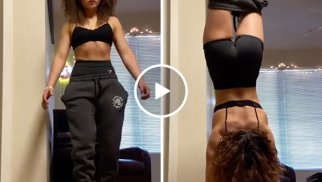 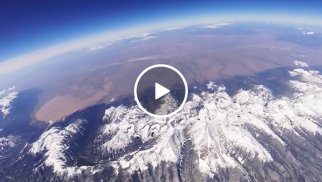 Earth to 53,300-ft up, in a weather balloon over snow covered Colorado Mountains (Video) 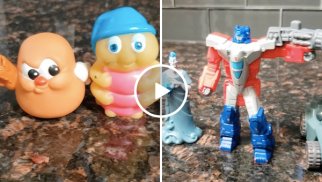