Last Sunday began a week dedicated to the families that made the ULTIMATE SACRIFICE.
Memorial Day is a powerful holiday…but this is by far the most Dust-in-the-Eyes week;
beginning with last Sunday…GOLD STAR Day.
BLUE Star = Patriotic Pride
GOLD Star = the Ultimate Sacrifice

The song is quietly sung by Sally Ellyson.
From Master Sgt. Carl Clegg, who created this beautiful video:
“We remember those brave souls who died while defending our great nation. Let us also honor the sacrifices of their families who bore the grief and sorrow of great loss.
This Gold Star Lullaby creatively tells the story of one family’s loss and the transition from the patriotic pride of displaying a BLUE star banner…
…to the GOLD star’s symbol of ultimate sacrifice.”
(Source: DoD released video by Master Sgt. Carl Clegg)
To Master Sgt. Carl Clegg and Sally Ellyson…this video actually brings tears to my eyes…to the GOLD Star Mom’s simply “Thank You”. -Rick 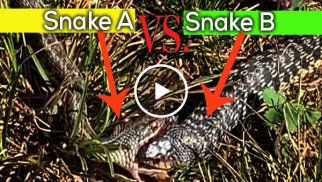 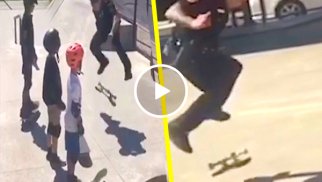 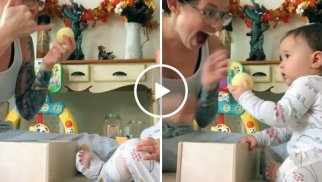 This has got to be the smartest baby ever. Hands down (Video)